Hop on the FVV Bus to the EuroGames!

The EuroGames will take place in Rotterdam from July 20 – 24, 2011 and, of course, FVV will be there as well.  In order to help keep everyone's costs down, we've thought up something special for this year:  the FVV Bus.  For 55 euros, you've got a seat on the bus!  And if you book early enough, you'll still have the chance to reserve a hotel room in downtown Rotterdam at a good price... and let us not forget the "member" EGLSF discount on your registration fee...

Colorful eggs in a green park

On Easter Monday at bright sunshine, fourteen FVV members gathered in the Grüneburgpark for a Easter egg hunt. 14 well-built and sporty adult males searched the bushes for 56 colored eggs and had fun like children. Each egg was marked with a consonant.

The first general meeting of FVV members on March 17, 2011 had to be aborted. Discussions lasted after midnight and we had only been half way through the agenda. Therefore the general meeting was continued on April 18, 2011 to go through the remaining topics.

At RAINBOWSELECTION.COM the LGBT community feels home and cosy! International hotel group ACCOR, a long term partner and sponsor of FVV-Outreach project, is offering a wide selection of hotels on their website. A useful information for those of you, who are fond of traveling. Find out which locations belong to ACCOR and what RAINBOWSELECTION.COM can offer YOU!

FVVootball for the younger crowd

For athletes older than 40, FVV has offered attractive and popular fitness courses for many years now.  But what about the younger guys?  OK, yes, all FVV training sessions are open to everyone, regardless of age, but now we will offer a course especially geared to younger athletes, 27 years of age and younger.  As part of a cooperative effort with the new gay-lesbian "youth house," KUSS41, FVV is offering football (soccer) for the young.  But not just the age limit is unusual for this FVV sports offering...

The AGA in Frankfurt – what a success!

For four days, the Frankfurt clubs, Artemis and FVV were hosts of the Annual General Assembly of the European umbrella organization, EGLSF (European Gay & Lesbian Sport Federation).  Aside from the many important discussions and elections, there was still enough time for the delegates to have some fun.  The numerous feedback responses we have received are full of praise for the Frankfurt AGA organizational team, which really presented the city of Frankfurt in its best light.  The first pix are already available online...

Be there!  Be a part of the gay fan club!

Gay men, lesbians and soccer--how does that all fit together?  FAAAbulously, as one can see by the stats:  14 organized, gay-lesbian fan clubs already exist in Germany.  There are many homosexual friends and fans in the soccer community, often viewed as one of the last barriers for the integration of gay men and lesbians in sports.  Frankfurt, as home of two national league ("Bundesliga") teams and host of the current FIFA soccer women's world championship, is certainly no exception.  The "Schwuler FSV Fanclub" has now been officially organized.  You surely want to be a part of the fun...

The FVV Logo Contest – It's time to cast your vote!

After 10 years or so, it's high time for us to give thought to modernizing and presenting ourselves with a new "image," that is, a new logo.  On behalf of the FVV members, a contract was awarded to an independent design agency to develop various proposals for a new logo.  And now it is up to you to select the design that you like best.  A poll here on the FVV website (to the left) allows you to cast your vote (the poll closes on March 13th).  The winning design will then compete against our current logo at the FVV general meeting on March 17th, when you can then cast your final vote in person to (a) adopt the new, winning design or (b) to keep our current logo.  Take a look... and vote! 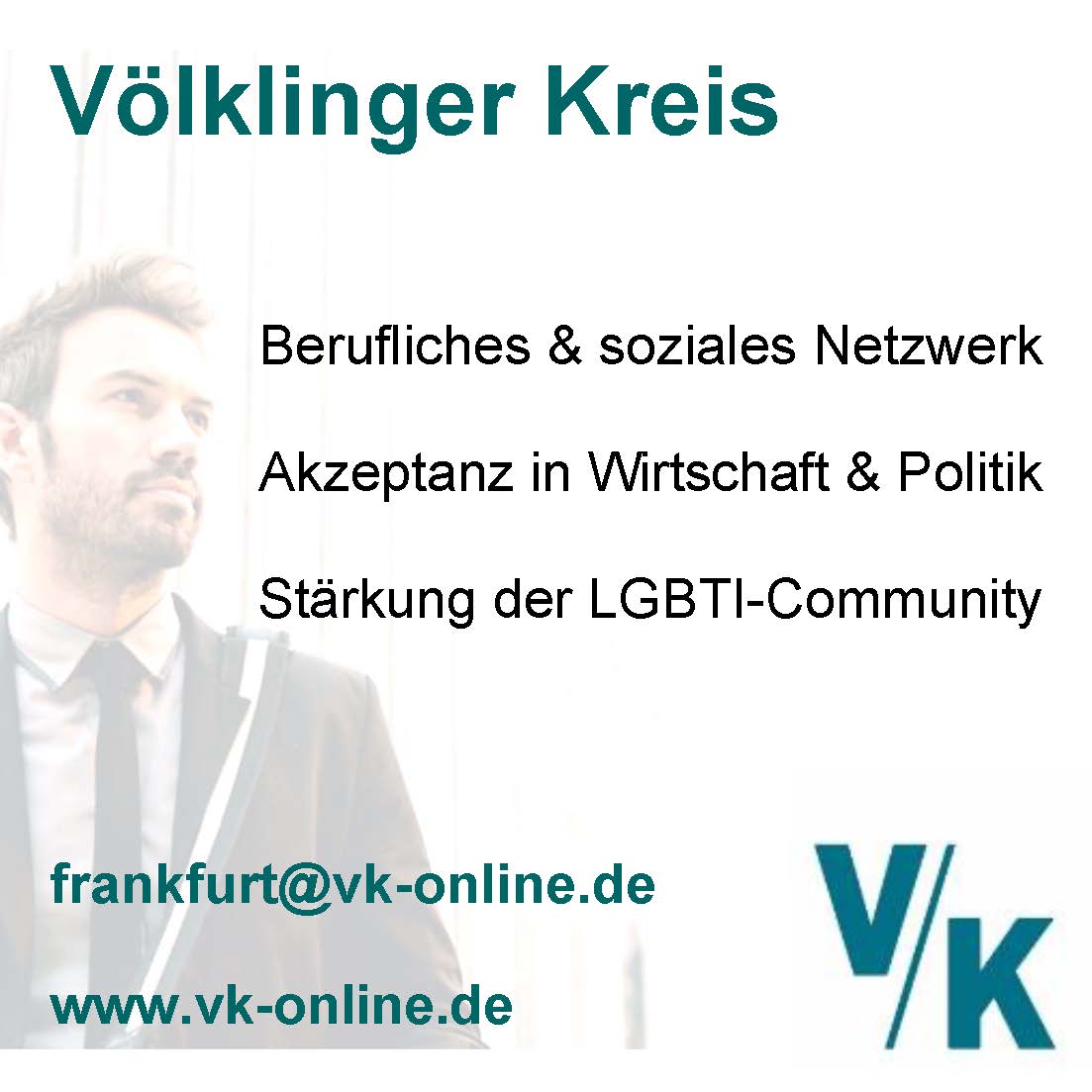